Join Date: Mar 2013
Location: Slave Lake, Alberta
Posts: 6,795
Thanks: 169
Thanked 1,429 Times in 1,185 Posts
iTrader Score: 0 reviews
Jaeger build thread
Alright I figured it was about time I did one of these for this truck. The story goes that my love of diesels started with my 93 dodge w250 known as The Roo Hunter. I got it bone stock at 16, and loved every minute of it. Over many months the truck gained much horsepower, and got more fun

Then tragedy struck August 10th, 2013 after I killed the stock diaphragm lift pump, and was left without the truck for a week, so I dropped by the dodge dealership, and picked this one up. I decided to call it jaeger because of the movie pacific rim that I'd seen on the weekend

Turned out I actually knew the previous owner, and the only thing that had gone wrong in 74,000 kilometres was one of the licence plate lights had burned out. After a month I decided to order exhaust, but was told I had to save money for school, so no tuner at that point.

Cosmetics ended up being things I was allowed to do, so I did this 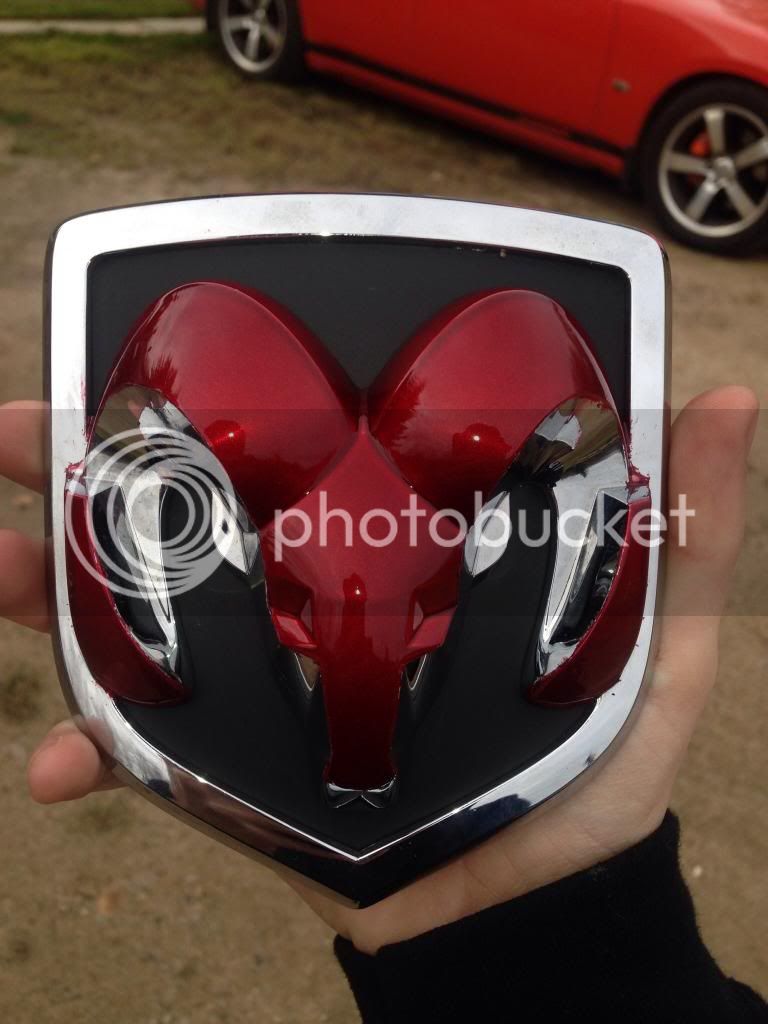 Then some LED taillights and some other LEDs made their way onto the truck. Then I managed to sneak a 2 inch lift onto it

Then the fun began, as I got permission to order the tuner to go along with the exhaust I'd ordered 5 months prior, so I got in contact with davemathews and got a mini maxx sent to me with custom tunes

and then I was off to my 1st year heavy duty school, so I only bought a light bar

oh and an exhaust tip.

A few weeks later I decided to put my quick release grill kit from genos' and decided it was time to put my lightbar in the bumper, so I built some brackets, and voila.

then I decided to make my own egr block off plates

I decided I wanted some gauges on the pillar, so I contacted diesel manor, and ordered up isspro factory match 100psi boost, rail pressure, and 2000* pyro.

Then I got my egt baseline with the stock turbo (1900* on a long pull with the tuning I was running) so it was time for more air. I ordered a straight flange steed speed, most of a source 2nd gen swap, and an s467fmw. Then I waited impatiently for my next 3 day weekend. Unfortunately the 467 didn't come in in time, so I took the s480 I'd gotten over a year ago, and decided to stick that on.

I decided to go with manifold studs rather than sticking with bolts. It made the install a lot easier

on the 1st of July I decided to pull my ccv cover, and paint it. while I had it off I made the choice to gut the filter.


Join Date: Nov 2005
Location: In the woods in my RZR
Posts: 2,161
Thanks: 346
Thanked 598 Times in 426 Posts
iTrader Score: 0 reviews
Quote:
Originally Posted by DMan1198 View Post
I decided to go with manifold studs rather than sticking with bolts. It made the install a lot easier

ooohhh, I really like the way the no-angle manifold flange puts the turbo at a nice height. Not too low, not too high.

Any issues with exh or cold air tube with it mounted at that level?
I mean if you were to do it ALL OVER again would you still with the manifold style you have?
Tomeygun is offline
Quote Quick Reply
post #5 of 266 (permalink) Old 07-06-2014, 04:49 PM Thread Starter
DMan1198
Ducati M.

Join Date: Mar 2013
Location: Slave Lake, Alberta
Posts: 6,795
Thanks: 169
Thanked 1,429 Times in 1,185 Posts
iTrader Score: 0 reviews
It really comes down to your goals. I know I'm going to be putting a lot of fuel to this thing eventually, so I went with something I won't outgrow. I eventually want to swap to a Garrett gtx4508r which is about the same size, but will be a better all around turbo.

You seem to be heading towards the dark side!