Join Date: Dec 2018
Location: Wake County, NC
Posts: 600
Thanks: 1
Thanked 45 Times in 41 Posts
iTrader Score: 0 reviews
Parts Gurus - Trying to retrofit 5th Gen OEM Tailgate Assist -
Alright guys so the shock is the same part number from the 1500's and 2500/3500 for 2019, we are talking the OEM system that is installed behind the tail lamp and the shock that just clips into place.

I have the lower mount part number which is actually just a revised left side tailgate hinge which has the stud that sticks out for the shock to clip on (and I can't imagine both tailgate hinges were changed completely for 2019 design?)

The only thing is finding the top mount, it looks like its welded on a piece of sheet metal which isn't the biggest deal, as long as you have the right size ball socket to "snap on" you could technically just drill a hole and mount a stud (or weld, if you want more permanent) - what I'm trying to find is what part of sheet metal the top mount is on, it could be a small piece that is inexpensive and might need some paint, or the stud portion could be removed and retrofitted inside the tail lamp portion and work like OE.

Wondering why I would try to figure out how to retrofit the OE part system instead of the $30 DeeZee?
-May be helpful to future members
-Could be helpful for guys who don't like how the DeeZee comes setup, more parts to fail (nutsert etc)
-Want the reliability of the OE mount and shock setup and how its invisible once the tailgate is opened (unlike the DeeZee)

Thanks if anyone can lend a hand I am more than willing to be the guinea pig to buy the hinge and shock and try it out once I figure out the top mount!

Do you have a picture of the 2019 setup on a truck? Curious as to how it mounts and how it differs from the DeeZee.


Join Date: Dec 2018
Location: Wake County, NC
Posts: 600
Thanks: 1
Thanked 45 Times in 41 Posts
iTrader Score: 0 reviews
Yep that’s exactly right and I think it’s the only piece that will be tough- If we could somehow track down the welded piece that has the stud on it we’d basically be in business!

Alternatively, you could easily get the measurements of the factory location (how far it mounts up the sheet metal) and if you could source a ball stud to mount, it looks like it’s just a 90 degree piece of sheet metal - a little welding and a $10 can of color matched spray paint might just do the trick!


Join Date: Sep 2013
Location: Georgia
Posts: 1,549
Thanks: 8
Thanked 133 Times in 117 Posts
iTrader Score: 0 reviews
I'd be surprised if you could find that piece? Probably doesn't even have a part number, just part of the body. Would be cool if you did though. I'd swap over to that over my DeeZee.


Join Date: Sep 2013
Location: Georgia
Posts: 1,549
Thanks: 8
Thanked 133 Times in 117 Posts
iTrader Score: 0 reviews
I'd be surprised if you could find that piece? Probably doesn't even have a part number, just part of the body. Would be cool if you did though. I'd swap over to that over my DeeZee.


Join Date: Dec 2018
Location: Wake County, NC
Posts: 600
Thanks: 1
Thanked 45 Times in 41 Posts
iTrader Score: 0 reviews
It looks like its welded on to the box, I have scoured the parts diagrams as best as I can but unless I can find a way to get that piece (or rig up something with an L-bracket or similar) I may hit a dead end for a while -

I did notice that DeeZee has updated their part in the past year or so, now the nutsert is used as a mounting for a plate which has a welded on ball attachment (which is much superior IMO than using the nutsert as the main point of contact for the shock mount) - its on their instructions but the product pictures are not updated (instructions are dated 9/25/18 so a little over a year ago they updated it, probably due to complaints)
https://www.deezee.com/wp-content/up...aw/DZ43301.pdf

I almost would be more inclined and not sure if you even could reach it, but if you could hold a lock nut on the backside of the hole where the nutsert goes, and thread that screw on, it would probably be more reliable long term than the nutsert.

Either way unless I get creative with the top mount (using an L bracket maybe?) the OEM solution looks to be hard to properly retrofit - it would look nice to have it completely stealth though.

I can't imagine the ball studs are anything special in regards to size, I am thinking a small L-bracket with one of these may do the trick for the top mount, I would just need to confirm the left hinge is interchangeable. 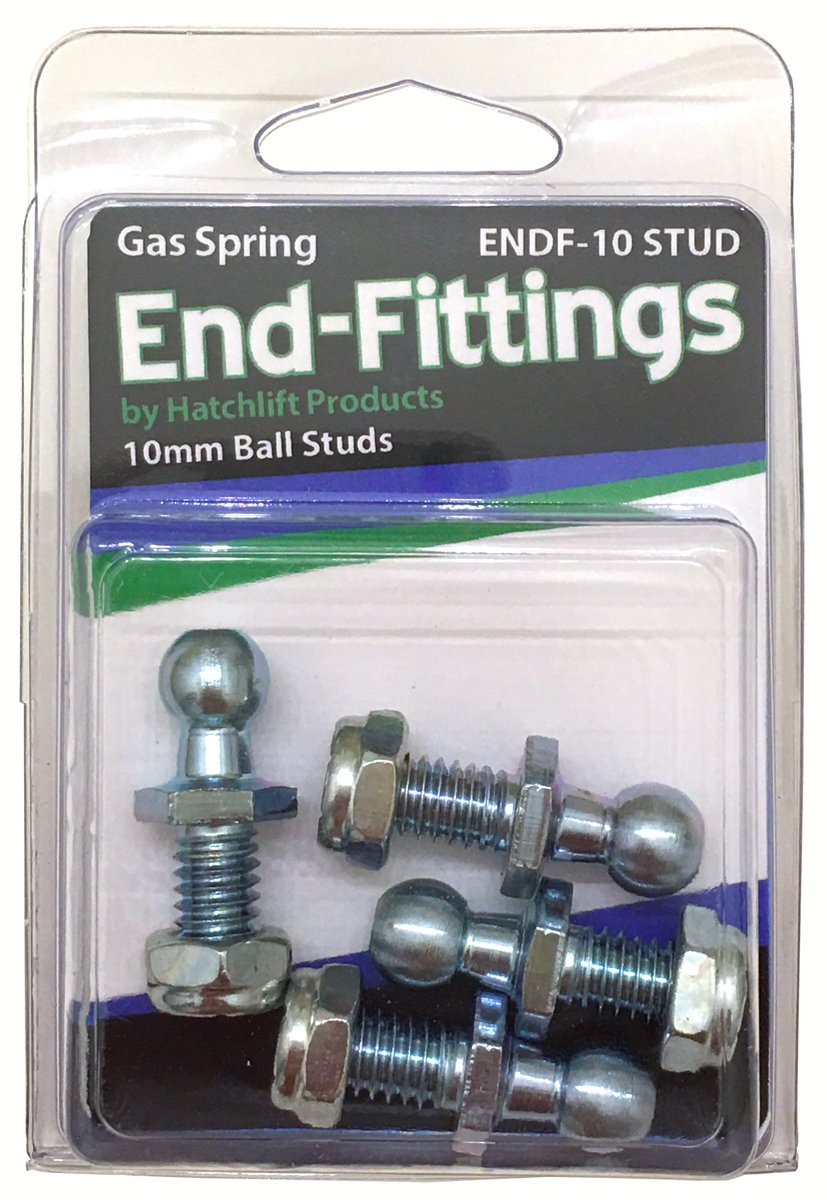 
Join Date: Dec 2018
Location: Wake County, NC
Posts: 600
Thanks: 1
Thanked 45 Times in 41 Posts
iTrader Score: 0 reviews
This might also work for the inside mount, if only I could find the opposite mounting of the stud (I'm unsure if the stud that come on these plates can be reversed but for $10 it might be worth a trial) 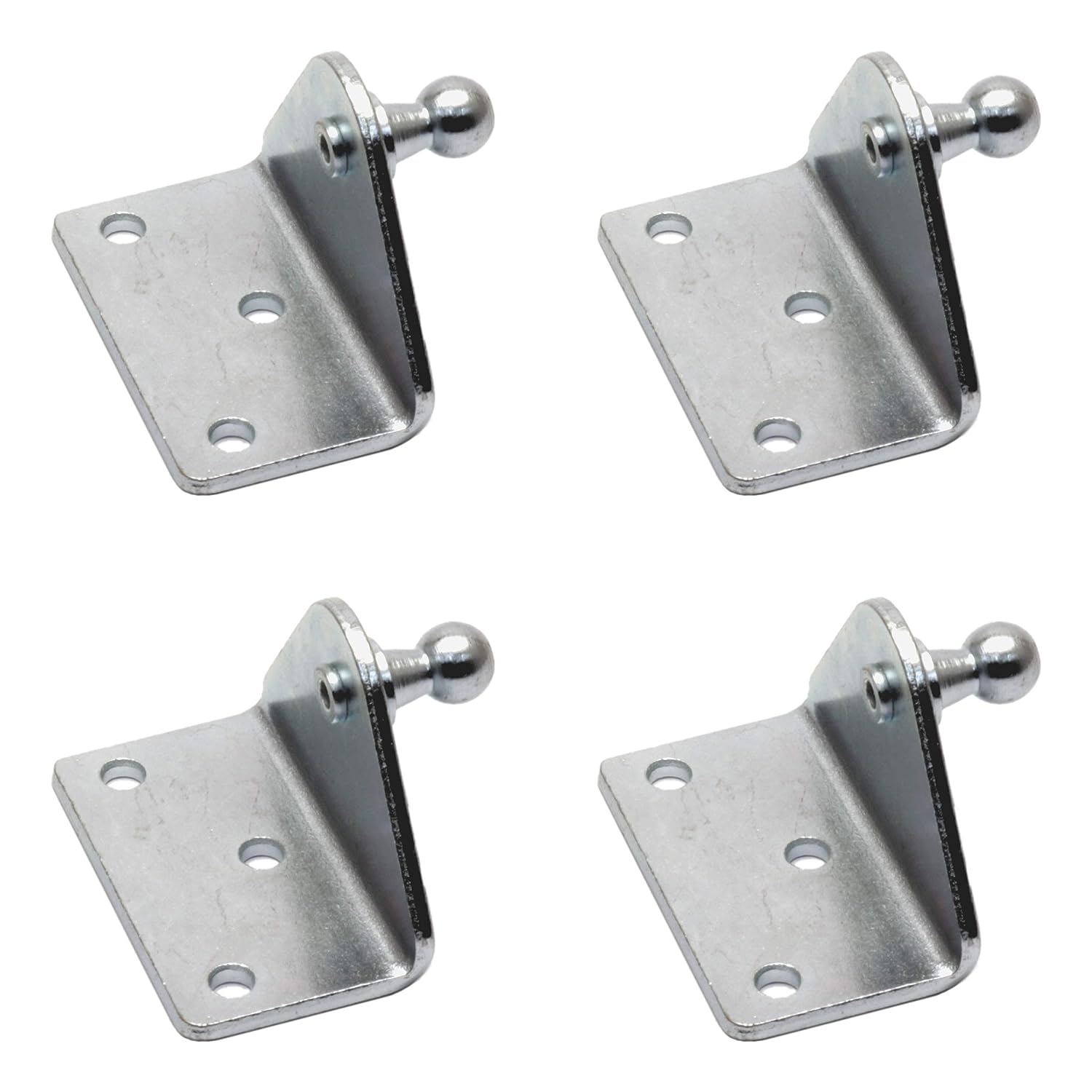